One of the San Antonio Spurs newest acquisitions, David West, sparked a 4th quarter comeback with three straight buckets to give the Spurs the lead for the first time since the 2nd quarter and eventually the win, their 41st consecutive at home, only the third team in league history to hit that mark.  The win also secured the Southwest Division for the Spurs and they officially clinched home court advantage in the ever important first round of the fast approaching playoffs.

“We’re a humble ballclub,” Forward Kawhi Leonard said. “We just want to get better as each game goes as the season goes on. So, it doesn’t matter who we’re playing. It’s just about us and are we going to execute, are we going to go out and have energy and play defense. We fought through the whole game tonight.”

Leonard had 26 points in the contest and was a focal point of the offense along with LaMarcus Aldridge, who had 24 points, nine rebounds and three assists, a far cry from his first time around against the Thunder.

“I didn’t know my role, I was trying to find shots,” Aldridge said. “I think I took (12) shots that game. So it was very uncomfortable. I thought tonight was night and day for sure.”

The next in line to take a shot at the Spurs home record are the LA Clippers, who are coming off a hard 114-90 loss to LeBron  James and the Cleveland Cavaliers.  They will be followed by the Blazers, the Warriors and the Miami Heat, all playoff bound teams.

“I think it’s important to be playing teams you’re probably going to be playing in the playoffs at some point,” Popovich said. “It’s kind of like a final exam in a way, where you still have time to improve some things.

Plenty of great seats and affordable tickets are still available so be sure to get yours today and help cheer your Spurs over the Clippers!

The San Antonio Spurs will get to take their show on the road as they revisit the Brooklyn Nets tonight at the Barclays Center New York.   The Spurs are riding a Seven game winning streak and have not lost since their Christmas debacle in Houston on Christmas Day.

The Nets have not won since they beat the Celtics on January 2nd.  They just fired Head Coach Lionel Hollins, who was replaced with Assistant Tony Brown on an interim basis.  The franchise also reassigned GM Billy King.  As of today, John Calipari’s name has been bantered about as a replacement.

The Spurs will face the Detroit Pistons tomorrow night before returning home for a game against LeBron James and the Cleveland Cavaliers.  Get your tickets today to that big game as it will sell out.  Plenty of great seats and affordable tickets available today! 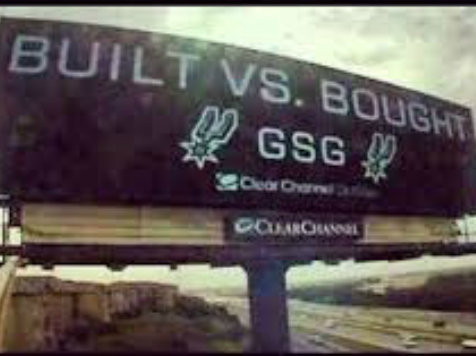